The term biomass generally really applies to a fuel source rather than a specific generation technology.

Biomass fuels are combustible organic materials which can vary dramatically in form.  For example, agricultural by products such as wood chips, almond shell, and municipal solid waste are examples of materials which could be combusted with little processing to generate electricity.  Cogeneration can utilize biomass fuels, or the material may be combusted directly in a boiler.

Biomass as a fuel source also includes “biogas’ fuels.  For example, methane recovered from landfills can be combusted to produce electricity.  This technology reduces fugitive methane releases (a major greenhouse gas) and produces a useful commodity.  Another source of biogas are farms; dairy waste products (manure and other material) can be placed into a “digester” where microbacterial decomposition produces combustible gases.  This technique can also be applied at waste water treatment facilities. 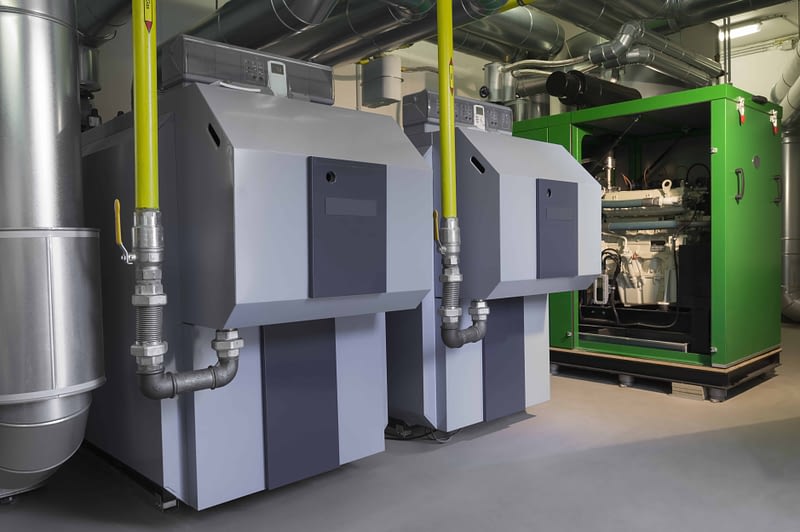 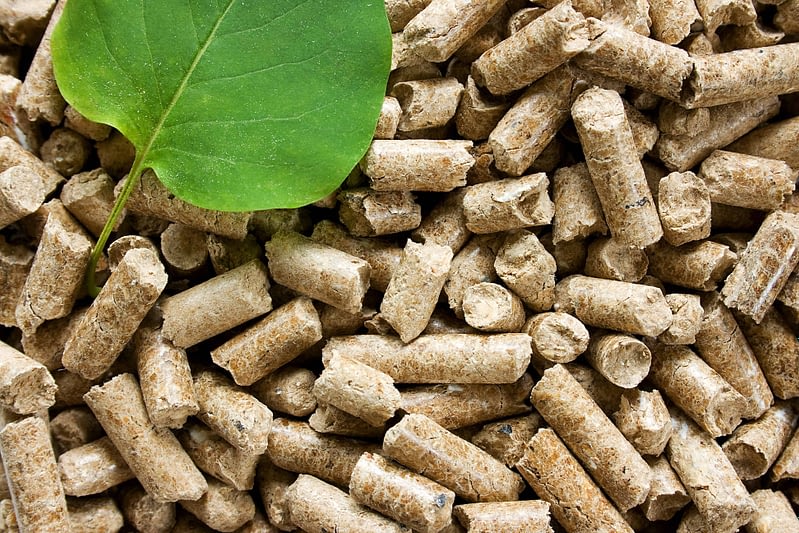 Cogeneration is the simultaneous production of two or more forms of useable energy from a single fuel source.

By using the fuel “twice” this technology has greater efficiencies than using the fuel to solely generate electricity.  Possible primary fuels include biomass materials (explained below), and fossil fuels like natural gas, coal or oil.  Most systems are designed to produce electricity (which is used in-house or sold to an electric utility) as well as thermal energy for industrial processes (such as steam).

Geothermal energy is renewable heat energy from deep in the earth.  Heat is brought to the near-surface by thermal conduction and by intrusion into the earth’s crust of molten magma originating from great depth.  Ground water is heated to form hydrothermal resources — naturally occurring hot water and steam.  Use of hydrothermal energy is very economic. 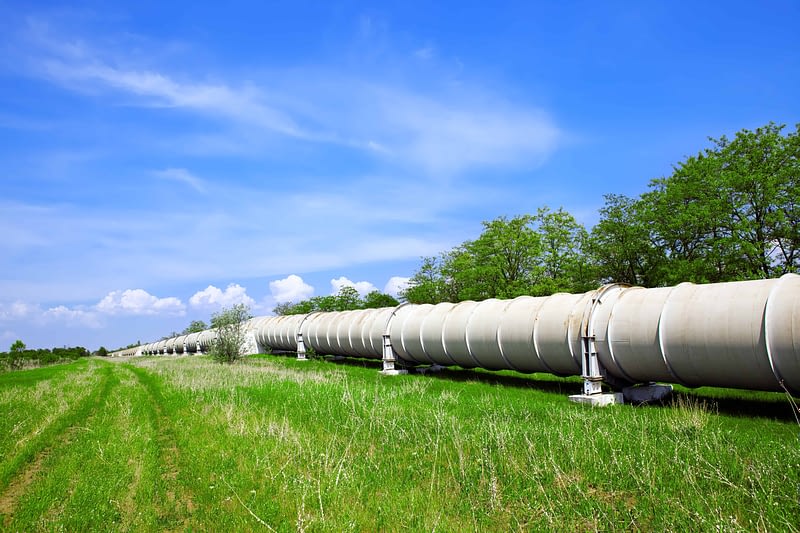 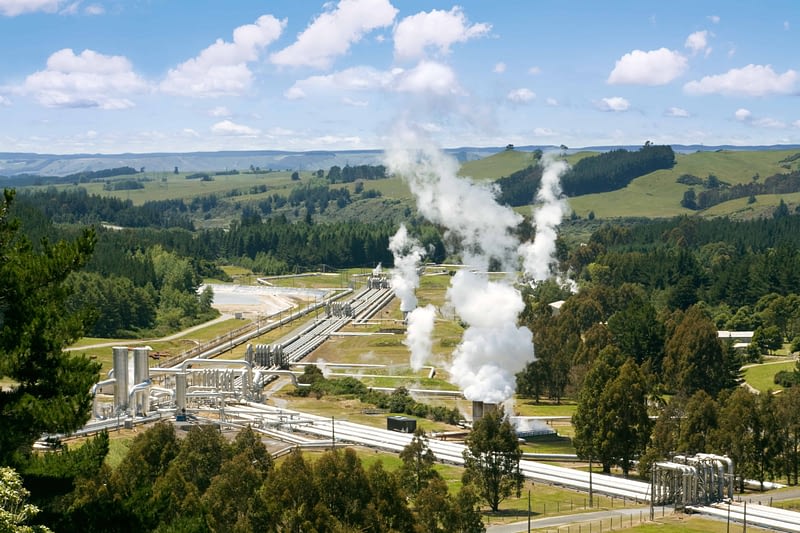 Natural gas is a gaseous fossil fuel consisting primarily of methane but including significant quantities of ethane, butane, propane, carbon dioxide, nitrogen, helium and hydrogen sulfide.  It is found in oil fields and natural gas fields, and in coal beds (as coalbed methane).  When methane-rich gases are produced by the anaerobic decay of non-fossil organic material, these are referred to as biogas.  Sources of biogas include swamps, marshes, and landfills, as well as sewage sludge and manure by way of anaerobic digesters, in addition to enteric fermentation particularly in cattle.

Natural gas is often informally referred to as simply gas, especially when compared to other energy sources such as electricity.  Before natural gas can be used as a fuel, it must undergo extensive processing to remove almost all materials other than methane.  The by-products of that processing include ethane, propane, butanes, pentanes and higher molecular weight hydrocarbons, elemental sulfur, and sometimes helium and nitrogen.

Small hydro resources are very much like the larger hydroelectric resources found throughout the country in their use of the kinetic energy found in moving water. One obvious difference is size, and small hydro projects are typically less environmentally damaging than the huge hydro projects of the 1940’s. Some of these plants are designed into existing dams or impoundments. Another application, commonly referred to as “run-of-the-river”, involves diverting a portion of a flowing stream or irrigation canal through a turbine, thus avoiding certain ecological concerns common with conventional hydro projects. 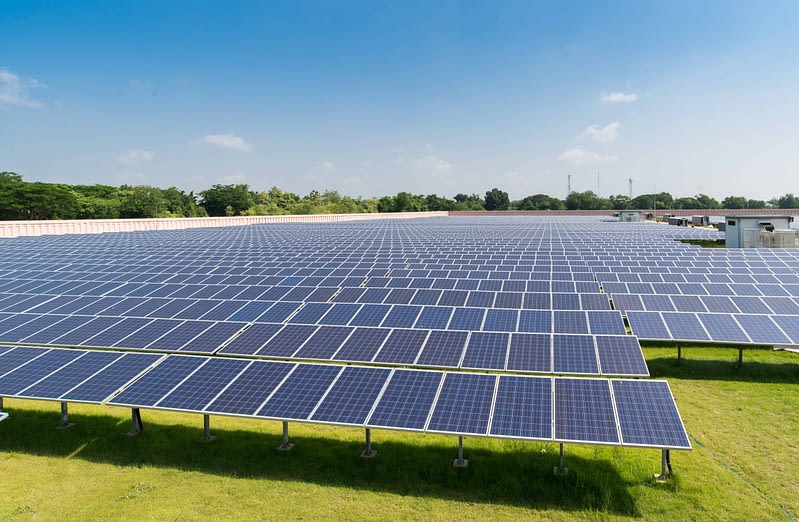 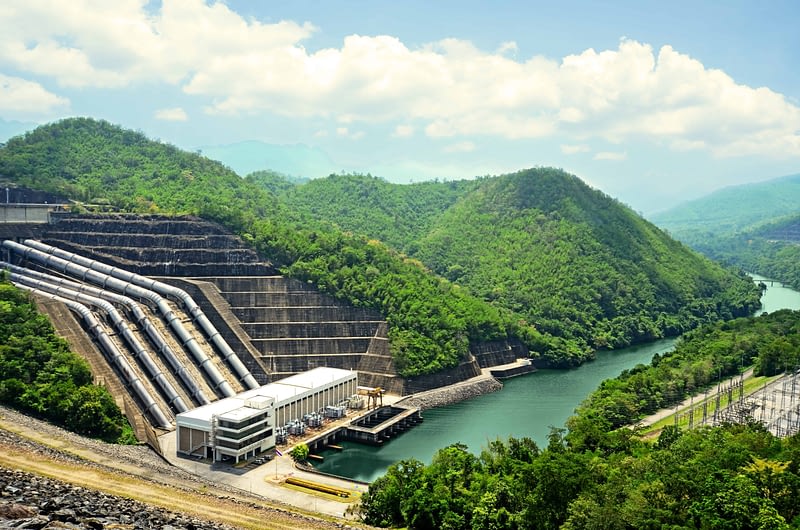 Both Solar Thermal and Photovoltaic technologies use the sun as their source of power.  These are clean technologies which do not contribute to air pollution problems.  Additionally, the sun as a source energy will continue to serve us well into the future.

Solar Thermal projects take the sun’s energy and transfer it to special liquids that create steam to run a turbine.  Some projects use specially designed mirrors, and computer-aided sun tracking systems, to focus the sun’s rays on piping containing thermally conductive fluids.  While most utility-grade projects are remote from population concentrations, solar thermal technology can also be used to heat water and homes in urban areas.

Photovoltaic (or PV) technologies use the sun’s energy in a much more direct manner.  Photons from the sun “excite” electrons on PV panels, yielding a “flow” of electricity.  Many small consumers use PV to power them, such as calculators and radios.  Breakthroughs are continually happening with PV technologies, including improvements in the materials used in the panels; they are becoming more robust and efficient.

Wind power could be considered “indirect solar power”, because this resource is created from atmospheric pressure differentials generated by the sun.  Wind resources are plentiful in many parts of the United States.  Wind Energy systems take the kinetic energy of the wind and convert it to mechanical energy to make electricity.  There are a number of “wind mill” designs taking advantage of this clean resource.  While it is possible to use one small wind mill to power a house or farm, the usual application is to group numbers of the machines together in ‘wind farms”.

The collective power from the individual turbines is transferred to an on-site substation where the voltage is increased to meet the utility’s grid requirements.  California leads the world in the application of wind power for electrical generation, with a majority of the facilities in the Altamont Pass area in Northern California and the Tehachapi and San Gorgonio Passes in southern California. 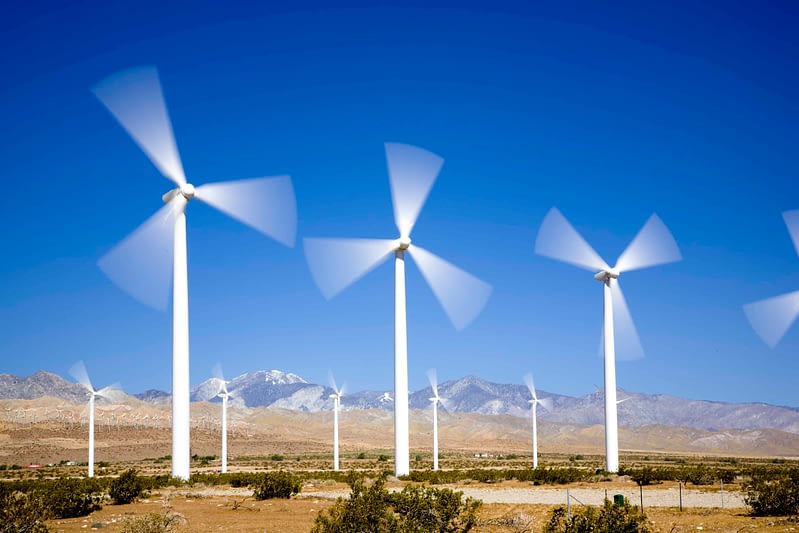